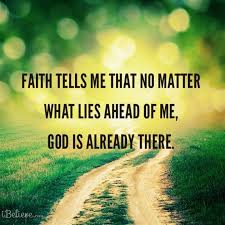 Yesterday was tough. The traumatic effects of living in fear sprang to life and we could no longer pretend that everything is business as usual. A student saw an ICE agent in the hallways of our school. A man dressed in khakis and a dark green shirt. Everyone tried to remain calm, but everyone was panicked to their very core. We spoke with security and admin and were able to determine that this man was not in fact an ICE agent, but a park ranger working with one of the various programs that our school offers. Relief yes, but the trauma of the increased ICE activity in our community had been exposed. All of our hearts needed calming.

We try our best to continue providing routine and familiar structures. We do not let up on classroom rigor and expectations. Yesterday however, we needed to pause. We needed to breathe, as my mom reminded me later that evening during a tear-filled, frustrated phone call. My awesome colleagues and I combined our classes and held a restorative circle outside in the sunlight. We then walked around the campus and took group photos. Later we watched a movie, the first movie I’ve ever shown in my class. There were reiterations of love and support flowing between staff and students. We were already drastically down in numbers, due to many participating in the Day Without Immigrants protest.

I told God, as I was driving home yesterday, that I don’t know how to keep going like this. There’s not an end in sight to this fear. There is no way of knowing how any of this will play out. Not to mention how hard it is to digest that THIS is reality now. God keeps reminding me to pray, so I am resolved to do so. Yet, today I still woke up with a heavy heart. While dropping off my little human at school, I realized that I had forgotten her backpack at home. I walked her in and her kind teacher told me not to worry about running home and retrieving it. I thanked God for her grace. As I was parking in my own school parking lot, I reached to grab my purse, only to see her backpack sitting right behind it. Annoyance doesn’t even begin to describe how I felt in that moment, or how crazy.

I just finished reading Spillway, which is a beautiful memoir written by a mom whose son suffered a traumatic brain injury in a skiing accident. She wrote of God winks, or ways God reminded her that he was there and in control. This day did not start well, and my heart was overwhelmed, but the minute I stepped on campus, God started winking.

A Latina woman that works for the school cafeteria was standing in my classroom doorway, reading the many things that I have posted there, including a school newspaper article about undocumented students, and flyers with legal resource information for the rights of undocumented people. She stepped back when I came up, and explained she was just reading the information as she walked away. I called after her that she was welcome anytime. First wink.

I sat down at my desk and felt like I couldn’t do anything until I looked at a morning devotional on my phone. The words besieged and troubled jumped out at me, as I read how David, who grieving and strengthening himself in the Lord  sought his guidance at all times. Wink 2.

No sooner had I finished praying for guidance, than the woman from earlier was back, knocking quietly at my door. She asked where she could get some copies of the legal resources for her friends. Then we started talking. She shared the story of her family. It was a story of persevering in true faith, even when she felt abandoned by friends and family. We both had tears in our eyes. God nudged me. I was not the comforter here. SHE was the comforter. Wink 3. She poured love and renewed energy into me. Before leaving, she randomly and directly told me who I should pray for, and how I should pray for them. Wink 4.

I shared the hope I received from this conversation with another stressed out colleague. She looked at me with tears in her yes and summed it all up perfectly, “talk about knocking me down with a feather,” she laughed. Indeed.

First period began and I summoned up the energy it takes to embrace a class of freshmen on a Friday. Half-way through the class, one of my juniors knocked on my door. I had barely let her inside, when she shakily said, “Ms. I need a hug.” I smiled and calmly hugged her, but on the inside a wrecking ball was spinning out of control, bracing myself to hear the worst news. But when I pulled back, she was smiling. She was so excited that she could hardly get the words out. She had been accepted for the CNA internship program for next year, which opens many incredible doors for her future. We both started shrieking, so grateful for something so wonderful to celebrate. She said that she had prayed for this, and I told her, “Then, now it is time to say thank you”. Wink 5.

Thirty minutes later, another student dropped by my room on her way to lunch, chattering about how happy she is that her good friend had been accepted into this program. As she left, she called over her shoulder, “I told her that she needs to thank God.” Wink 6.

God reminded me today that it is not in fear that we live, but in hope. God is here. He sees all. We will continue in faith.